In 1925 my great grandfather, a gentle, simple and hard working man named Albert Winstone, using all of of his entrepreneurial skills and local connections, started his own ice cream company, aptly named Winstones Ice Cream.

When Albert started making ice cream in the 1920’s he decided to do something a bit different but very sincere: service with a smile, using local goods, produce and services where possible to support the community that he loved. No doubt Mary Portas would be proud! 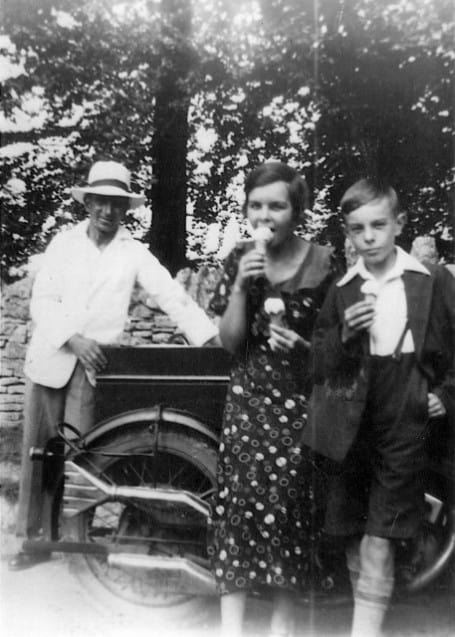 Albert, with the help of his brother in law, Lewis and a handful of close friends produced all of his ice cream on his stove, using an old Victorian recipe that he had spent years tweaking and refining. The ice cream would be loaded into his sidecar and he would set off on his BSA motorcycle driving around the Cotswolds to sell his goods. Iron bell in hand, he would pull up outside homes, factories and schools ringing his bell to attract attention.

Set amongst the rolling hills of Gloucestershire, in the heart of the Cotswolds, Winstones Ice Cream is still operated by my family, from its base on National Trust Common land, near Stroud. Over the years my family business has gone from strength to strength, with our product now being widely distributed around the UK. 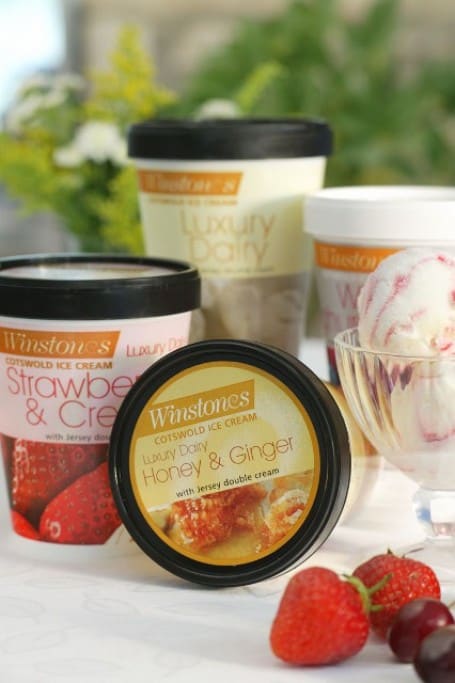 The business has a strong customer base across the United Kingdom and further afield, producing in excess of one million litres of ice cream per year for more than two hundred thousand happy customers. Never losing sight of great granddad Burt’s original ethos, the company uses only the finest, Cotswold water, local award winning organic milk and double cream from a beautiful herd of long horned cows that graze on grassland just a mile from the factory and parlour. Food miles, sustainability and the use of high quality ingredients are key to the success of Winstones Ice Cream.

My hard working mother, Jane Vear, now manages the business and has made a number of changes, such as improving the company’s 85 year old infrastructure, bringing new innovations to the production process, ensuring the business is both sustainable, eco-freindly and a force for good in the local community.

Jane has also recently taken on a new sales team headed by my brother Tom who essentially looks after all aspects of sales and operations. My father Colin Vear, who acts as the company’s general manager, looks after the economic and product development while I keenly balance freelance food writing with managing the company’s public relations and marketing. 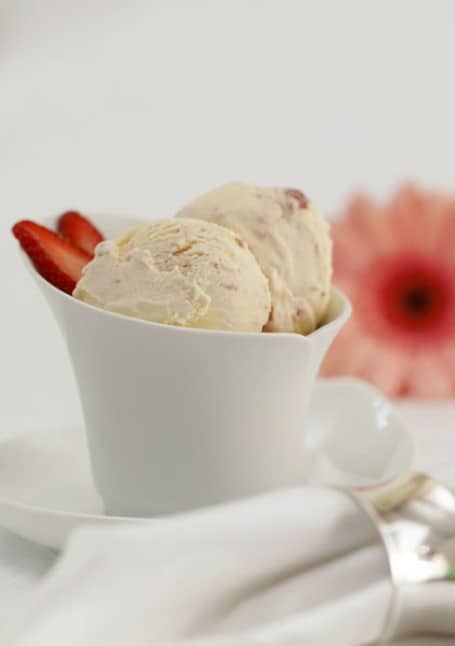 We like to think of ourselves as a family and business that champions local food. Where possible we forage for the fruits and herbs we use in our kitchen as well as shopping at the wonderful Stroud Farmers’ market, and in a number of the delicatessens and farm stores dotted around the county.

After more than 85 years, family values are still as central to Winstones’s success as they were in 1925. Looking to the future we expect to see growth of around 30% through 2011 and I look forward to the release of my first book ‘Making Organic Ice Cream’ which will be available in October 2011. 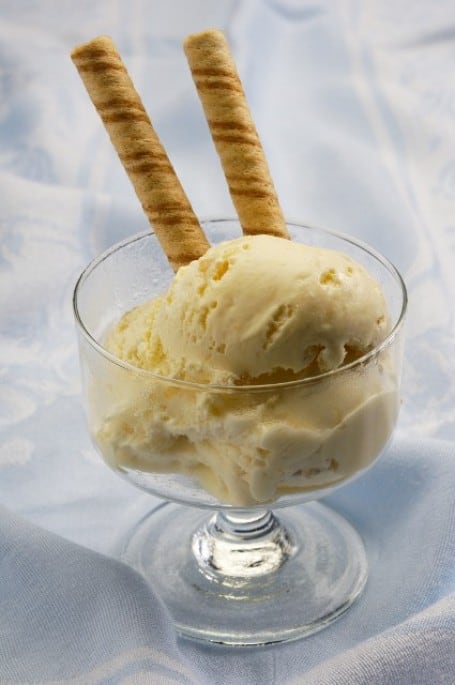 Our ice cream is available nationwide in selected Asda, Waitrose and Co-op stores, and more than 800 farm shops, delicatessens, museums and theatres.

An interview with Karen Barnes, editor of “delicious” magazine